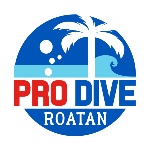 Boutique diving for the discerning diver in Roatan
Close

Why you can (and should) hunt lionfish

Lionfish are an invasive species here in the Caribbean, Gulf of Mexico, and the Western Atlantic Ocean. They originated in the Indo-Pacific region (South Pacific and Indian Oceans), and there are many stories out there as to how they came to be here. The generally accepted theory is that they were either introduced to Florida from commercial aquariums inundated by hurricanes, or released in Florida by private individuals from private collections. The invasion began in the early 1980’s and has increased epidemically ever since, spreading through the Western North Atlantic, Gulf of Mexico and the Caribbean.

Lionfish have no natural predators in this area, so they are basically an apex predator and are decimating local fish populations. In addition, they can reproduce every 4 days*, and release 12-15,000 eggs each time*, so they are multiplying at an alarming rate. Even worse is that a single lionfish can consume up to 2,300 prey fish per year* and you start to get an idea of the scale of the problem.

Lionfish prey are herbivores such as juvenile parrotfish, and without natural predators to balance out the population, lionfish have been known to eliminate the population of their food sources up to 90%. This then impacts the reef itself since these herbivores graze the reef,“cleaning” it and removing dead coral and algae, so they severely negatively impact the health of the reef itself. Lastly they out-compete local indigenous species such as snapper and grouper for their food sources and so can massively decrease the population of these native species.

Lionfish are quite tasty in tacos, ceviche, and even fried “wings.” Check out some tasty ways to prepare lionfish.

As a diver, am I ready to go lionfish hunting?

Here in the Roatan Marine Park (RMP) we do not touch, harass, or take any marine life—except for the invasive lionfish. However, the only way we hunt the lionfish is with Hawaiian sling spears.

The spears are quite sharp, and can pose a danger to divers and others around them if they do not have a sufficient level of control over their buoyancy. We suggest that any relatively inexperienced divers take a Peak Performance Buoyancy Adventure dive or specialty course to build their dive skills to the point where they can be effective hunters.

Lionfish tend to be found in deeper water since the top reefs have been effectively “cleaned,” so it’s also a good idea to to do a Deep Adventure dive (100 ft/30m max) or Deep specialty course (130 ft/40m max) so that you can get to the depths where they are hanging out.

How to Get Your Lionfish Spearing License

Once you have acquired the dive skills to be an effective hunter, you need to learn a bit about the invasive species themselves, and be taught to effectively use a Hawaiian sling without shooting yourself in the foot. This course is provided by the Roatan Marine Park in the form of an invasive species workshop available every Monday and Wednesday.

The workshop costs $70 US ($10 US discount with your Roatan Marine Park bracelet) and includes an informative video, briefing, and practical test where you get to practice spearing coconuts underwater. The course takes about an hour to complete, and afterward you will be given your lionfish hunting license and your very own shiny new Hawaiian sling spear.

The Roatan Marine Park requires a minimum of 3 people to sign up before hosting the course, so if you let us know before your trip that you are interested we can help get in contact with them about your trip dates.

Once you’ve received your lionfish spearing license, let us know you want to go hunting and we’ll break out our spears too and take you on your very first lionfish hunt!

Let us know about your trip or ask a question to learn more!

Site created with Dive.It theme by